The Structure of the Pan-African Quality Infrastructure

PAQI is comprised of Four Pillars:

AFRIMETS was formed in 2006 with membership drawn from the six African Sub-regional Metrology Organizations. The main objective of AFRIMETS is to promote metrology and related activities in Africa with the view of facilitating intra-African and international trade and to ensure the safety and health of the public and environmental protection. 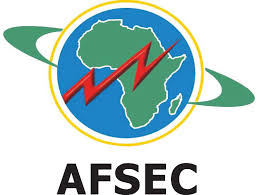 AFSEC was established in February 2008 as an organised association and has legal status in accordance with Article 24 of the Convention of the African Energy Commission. The main objective of AFSEC is to support African electricity Infrastructure development with standards and conformity assessment services in order to improve access to electricity in Africa.

4. The African Organisation for Standardisation (ARSO)

ARSO is Africa’s intergovernmental standards body formed in 1977 with membership drawn from national standards bodies. The main objective of ARSO is to develop tools for standards development, standards harmonization and implementation of these systems to enhance Africa’s internal trading capacity, increase Africa’s product and service competitiveness globally, and uplift the welfare of African consumers creating a continental standardization forum to influence future prospects in international trade referencing for Africa’s benefit and advantage.